Are You an Excessive Collaborator? 3 Warning Signs to Look for In Your Working Calendar 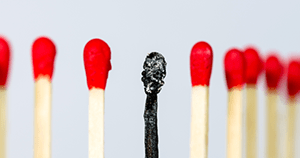 Often, 20 to 35 percent of value-added collaborations come from only 3 to 5 percent of employees, according to a recent study shared in a Harvard Business Review podcast with Rob Cross, University of Virginia professor and coauthor of the article Collaborative Overload.

“As people become known for being both capable and willing to help, they are drawn into projects and roles of growing importance,” says Cross.

The downside? This kind of collaboration usually comes at a cost—not only to the person who is shouldering the load but also to the organisation. Here’s why.

When someone is called on to be involved in everybody’s projects, sooner or later an organisational bottleneck is created when numerous groups are waiting for the person to work on their job. This is not healthy for the organisation or for the overworked individual, says Cross. When one person is in extreme demand from several sources, that person will eventually suffer from burnout.

Wondering if you may be an excessive collaborator? Your calendar can offer some hints. Over the past four months, how many times have you:

All three of these questions point to signs of either a poorly designed role or one that has experienced scope creep. For example, you are unable to let go of old projects that could now be handled by others or you are still part of an archaic approval process put in place years ago that doesn’t really serve the organisation any longer.

Cross explains that bottlenecks, burnout, and turnover can affect the performance of an entire organisation. Don’t let yourself become a pinch point. Begin in small ways to remove yourself as an assumed collaborator by saying no, shifting priorities, and placing buffers in your work life.

Finally, if you are a manager, make sure you are not inadvertently asking people to become overloaded bottlenecks themselves. For example:

Take a look at your culture and what kind of work ethic it encourages. Don’t put yourself, your people, or your organisation at risk of burnout.