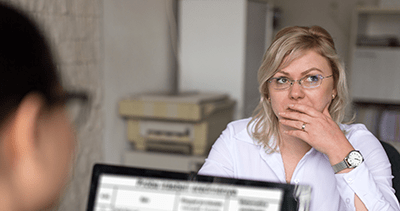 Joanne Maynard, a senior coach with the Ken Blanchard Companies’ Coaching Service team read an interesting Zenger Folkman white paper on feedback. What caught her eye is that more than 50 percent of people whom they surveyed said that corrective feedback has helped their career more than positive feedback has.

Ken Blanchard loves to share former colleague Rick Tate’s assertion “Feedback is the breakfast of champions.” To Joanne, this statement implies feedback is a gift—if both giver and receiver are open to seeing it that way. The hope would be that the feedback would give the receiver new insight in service of their growth and development, not immobilise or anger them. And yet, as they move up in their career many people find they receive less and less meaningful feedback of any kind. Why would that be?

A clue can be found in the aforementioned survey on feedback. Many of the respondents who said corrective feedback has helped their career also said they themselves were resistant to giving it. Joanne gets that—no one wants to be the bearer of bad news or to de-motivate someone else. But her take on the situation is that a lot of people crave honest feedback, and it’s courageous to offer it—as long as it’s done with compassion, thoughtfulness, and no ulterior motives.

In an effort to identify skills and methodologies used by business coaches, the International Coaching Federation has defined eleven core coaching competencies. One of those competencies is direct communication—and part of that competency encourages coaches to be “clear, articulate, and direct in sharing and providing feedback” to their clients. Joanne thinks we all need to do this more often, remembering that feedback is a beginning step, not an end in itself.

In addition to courage and compassion, here are a few things to keep in mind if you choose to give the gift of corrective feedback.

Can you find the courage to gift someone you know with clear, articulate, and direct feedback? Are you willing to be a support system for someone else’s development? If your answer is yes, great! My advice is to start small, in a low-risk situation. For example, practice with someone you feel safe being a learner with. Tell them providing corrective feedback is a skill you want to develop. You can agree to reciprocate, with them offering feedback and accountability support to you as well.

Giving corrective feedback effectively is a skill worth having. Give it a try and let us know how it goes!