The Power of Clear Expectations–Identifying What and Who 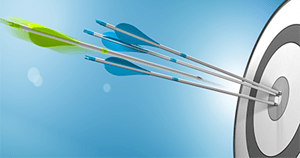 Unspoken expectations are a curse upon relationships. It’s a surefire way to guarantee you will have conflict and discord that leads to poor teamwork and collaboration in the workplace.

Some time ago Randy Conley, V.P. of Client Services and Trust Practice Leader at The Ken Blanchard Companies, was working with a CEO to help him improve the levels of trust and engagement in his company. He had recently hired a Vice President from a competing organisation in the same industry. This gentleman was highly successful in his previous organisation and had excellent values and ethics—by all accounts a great hire. But the CEO was dissatisfied with the VP’s performance less than a year into his tenure. The CEO felt the VP wasn’t “stepping up” or helping the team “get to the next level.” I asked the CEO, “Have you defined what ‘stepping up’ and ‘getting to the next level’ look like and have you communicated that to the VP?” “No,” said the CEO, “I figured given his experience he should know what that means.”

The curse of unspoken expectations. The result? The CEO was constantly dissatisfied with the VP’s performance, the VP was working his butt off trying to impress the CEO but had no clue he’s missing the mark, and all the while the team plods along producing at half their potential.

Here are three common sense, yet uncommon practices to prevent the curse of unspoken expectations and improve teamwork and collaboration:

1. Don’t assume expectations are clear – You know the old saying about the danger of assuming something, right? When you “assume,” you run the risk of making an “ass” out of “u” and “me.” People are not mind readers so don’t assume expectations are clearly understood. It doesn’t matter how much experience someone has or how long they’ve been in a particular role. If you think there is the slightest chance for misunderstanding, take the time to clarify the goal and objectives.

2. Clearly state, discuss, and agree on expectations – It was completely unfair for that CEO to hold the VP accountable to certain levels of performance without clearly defining the standard by which he would be judged. Just stating the expectations isn’t enough; you need to make sure the other party has the same understanding of those expectations as you do. Conley’s had conversations with employees where it’s been clear his expectation of a certain performance standard…let’s say, proactiveness…is definitely different from their perception of what proactive means. That’s why it’s important to discuss and agree upon a common understanding of the expectation so both parties are clear.

3. Consistently adhere to the expectations – If you agree to a standard then keep it. Don’t set the standard at one level for a particular situation and then a different level the next time. Constantly changing expectations leads to confusion and erratic performance. Not meeting expectations is a trust-buster. Consistent and dependable behaviour is essential to building and maintaining trust. If you aren’t able to meet an expectation, identify and communicate the problem as early as possible to avoid letting someone down and eroding their trust.

Expectations are tricky in relationships. On the one hand, healthy and clearly communicated expectations can help us raise our performance to new heights. On the other hand, if they aren’t clearly communicated and understood, they become a point of friction and discord that lead to poor performance. Don’t assume expectations are clear, take the time to discuss and agree upon them, then consistently meet them. Everyone will be better off as a result.

Randy Conley is the V.P. of Client Services and Trust Practice Leader at The Ken Blanchard Companies